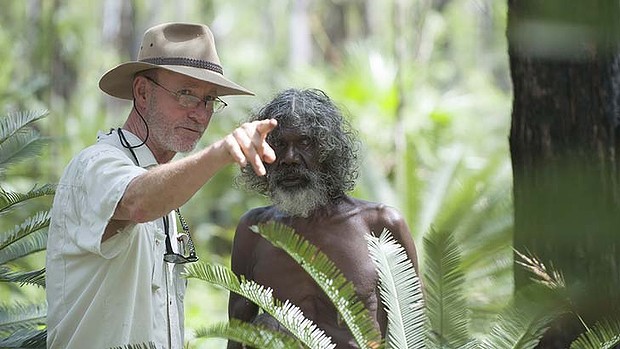 In late April, the British Museum opened its major summer exhibition Indigenous Australia: Enduring Civilisation (23 April – 2 August 2015), the first major UK survey of the history of indigenous Australia through objects. Drawing together art and artefacts from the museum’s own collection as well as those in Australia, alongside specially commissioned works, the exhibition is dedicated to celebrating the cultural strength and resistance of the world’s oldest continuing culture.

A swathe of festival and one-off screenings in the coming weeks will ensure that indigenous filmmaking is also firmly in the spotlight this summer, offering everything from popular features to documentaries, short films and anthropological studies.

The first event associated with the British Museum exhibition was last month’s screening of Ivan Sen’s indigenous neo-western noir Mystery Road, introduced by myself (details of the screening and a link to the introduction transcript can be found on my personal blog). Last weekend, the museum also hosted a screening of The New Black, a deadly collection of indigenous shorts which ran the gamut from realist drama to gently comic whimsy.

Two further screenings will compliment the rest of the exhibition’s run, celebrating indigenous Australian cinema in its various forms. Screening in June, in conjunction with the Origins – Festival of First Nations (see below) is Ten Canoes (de Heer/Djiggir, 2006) [Details], the second collaboration between one of Australia’s finest filmmakers, Rolf de Heer, and one of its most distinctive actors, David Gulpilil. In July, the focus shifts from a pre-contact setting back to a very contemporary one, as the British Museum plays host to powerful Kimberly-set drama Mad Bastards (Brendan Fletcher, 2010), with an intro and Q&A with Dr Lorraine Mortimer from the University of Sydney [Details].

On May 26, Peter Kilroy from the Screening the Torres Strait project, hosts a very special event at King’s College London, where documentarian Trevor Graham will be on hand to screen and discuss his landmark feature documentary, Mabo: Life of an Island Man (Graham, 1997), which tells the story of one of Australia’s most famous land rights activists. Co-hosted by the Menzies Centre for Australian Studies and the Royal Anthropological Institute, the event is free to attend and open to all.

Also hosted by the Royal Anthropological Institute, the annual RAI International Festival of Ethnographic Film is taking place in Bristol in June, and will feature screenings of several short and long-format documentaries by Australian filmmakers or on Australian subjects, including Ian Dunlop’s meta-ethnographic return to film he shot in the 1970s at a since-abandoned Pintupi outstation in Remembering Yayayi (Deveson/Myers/Dunlop, 2014), and the first episode of Bentley Dean and Martin Butler’s television series First Footprints (2013), which traces 50,000 years of continuous culture in Australia (2013). Venturing outside Australia, the festival also turns its gaze on filmmaker David MacDougall’s long-term project on childhood and modernity in Rajasthan with Under the Palace Wall and Eleven in Delwara (both MacDougall, 2014), and hosts a screening of Australian-based scholar Juan Francisco Salazar’s Antarctic-set ethno-futurist fiction feature Nightfall on Gaia (2015). Full details on the RAI Festival website.

Also in June, the multi-faceted, always fascinating Origins – Festival of First Nations returns to London for another feast of events, exhibitions, performances and screenings of work by first nation artists from across the globe. Amongst the screenings this year is a retrospective tracing the fruitful collaboration between Rolf de Heer and David Gulpilil, beginning with the brilliant colonial drama The Tracker (2002) at the Hackney Picturehouse, followed by the British Museum screening of Ten Canoes outlined above (with intro and Q&A from musician and playwright David Milroy, and Dr Ian Henderson director of the Menzies Centre for Australian Studies at King’s College London). Finally, Origins fest gives London audiences another chance to catch de Heer and Gulpilil’s latest collaboration, the excellent post-intervention drama Charlie’s Country (2013), also at the Hackney Picturehouse, which will be followed by a Q&A with Rolf de Heer. Full details on the Origins website.